It is common for women in their 40’s to note weight gain when they haven’t been doing anything different.  Particularly around the hips, belly and thighs.

At perimenopause and menopause as hormones really start fluctuating, in this case, when estrogen starts to drop, estrogen is an insulin sensitizer. So as estrogen levels drop, we become more insulin resistant, for that reason, women also can start to gain weight and it can cause inflammation and lead to a whole host of other issues that can then potentially turn into diabetes.

How do you know?

It’s a good idea to get regular blood tests to investigate your blood sugar and insulin levels as well as hormones in your 40’s.  Outside hormones test for;

So when these hormones aren’t able to signal the cells properly, that tight glucose control doesn’t happen as well. So you get drops, you get spikes and sometimes you’ll feel that, sometimes you don’t, but if you feel sort of lightheaded, tired, fatigued, sort of irritated, agitated, hungry, have sugar cravings after meals sometimes, your blood sugar may be dropping. It might be dropping into a hypoglycemic range

It can also go high. We don’t usually feel the blood sugar elevations unless they get up really high. And then there might be similar symptoms. You might have a slight headache or you might get sort of lightheaded or nauseous with high blood sugar.

Insulin is a huge player because there’s this dance between cortisol and insulin and thyroid hormone and insulin and estrogen and progesterone and insulin, testosterone and insulin.  They all interact with one another and one affects the other, suppresses, sensitizes. So it becomes really important, especially as hormones are changing, especially during perimenopause and early menopause, a lot of women, they see their metabolism kind of shut down. They start gaining weight, particularly around the midsection. And a lot of that has to do with insulin resistance. So as estrogen drops, oftentimes, women become more insulin resistant and insulin levels rise, which leads to more fat storage around the midsection that can also elevate cortisol, which can worsen the problem.

Is a marker of glycation or damage done to red blood cell hemoglobin from elevated blood sugar. the higher the blood sugar gets; the more sugar coated those red blood cells get. And that causes damage. They can’t carry oxygen properly because they’re loaded up with glucose. And so, your cells don’t get proper oxygen. It’s a diabetes marker.

*If your GP doesn’t run these, you’ll need to see an Integrative Doctor or Functional Nutritionist.

What to do if these markers are elevated or you are gaining weight.

DIAL IN YOUR DIET:  So, the foods that drive blood sugar and insulin levels the highest are going to be simple, processed, refined sugars and carbohydrates by far. Now, all foods at some level will create a little bit of an insulin elevation, but refined processed flours like bread, bagels, pasta, sugars, sugar added to other foods, even high glycaemic fruits like pineapple and banana and mango and papaya. These are going to create a surge in glucose, a surge in insulin, corresponding surge of insulin, and you are not going to be able to burn fat because insulin just locks your fat cells.

PRIORITIZE PROTEIN:  Especially if you’re on the metabolic spectrum there somewhere, so I use a word energy toxicity, when you have excess energy stored on your body, in the form of fat typically, and you’re in a state of metabolic dysfunction. So, your blood sugar is high or your triglycerides or your cholesterol is high. You’re showing signs of excess energy in your bloodstream, whether it be fat energy or sugar energy, that’s the state of energy toxicity. And so what we need to do is we need to shed more energy and one of the best ways to do that is to prioritize protein because protein will get used mostly for muscle synthesis and other protein synthesis in the body cell structure and things like that. It’ll get used for detoxification in the liver. It’ll get used to make neurotransmitters and enzymes. So if you prioritize protein, it’ll also make you more satiated and full, typically.

RESISTANCE TRAINING:  I think it’s really critical because typically you’re losing lean body mass in your 40’s and increasing fat mass and we want to turn that around. So I often talk to my clients about, let’s trade some fat mass for lean mass. We do that by prioritizing protein in the diet and also by doing some resistance training. Now, that doesn’t have to be going to the gym and lifting free weights, it could be Nautilus machines. It could be body weight exercises. It could be yoga. There’s lots of different ways to do it, but we need to make sure we’re either lifting heavy things or using our muscles to resist gravity to a point. This is going to really break down the muscle so that they respond by getting stronger and when they get stronger, they store more glycogen, more mitochondria.

Please click on the button below to check availability and to book an appointment. 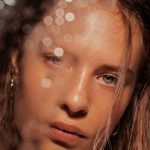